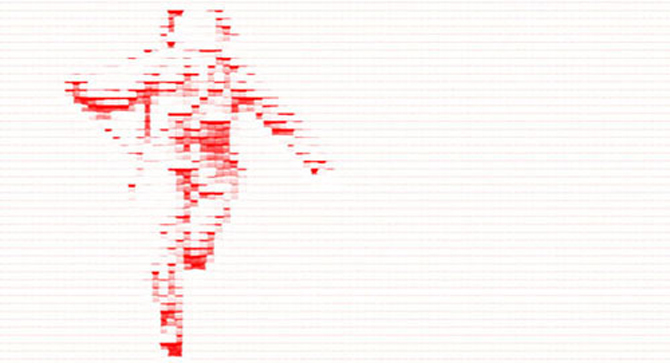 When Conrad Schumann left his post guarding the Berlin Wall, choosing instead to throw down his rifle and make a leap for Western liberty, he became more than just a symbol of Cold War defection: he became the first Latent Urbanist. Seizing opportunity in an increasingly inhospitable city, he redefined the way we engage with our urban environments. He demonstrated how small, carefully considered action, enacted where the fabric of our cities are most fragile can have the most potent consequences.

The city of Berlin has since undergone several periods of significant trauma and transformation. Growing out of two world wars, living through three decades of east-west division followed by re-unification, rebuilding and more recent bankruptcy, Berlin is riddled with the scars of its history: abandoned trenches, unfinished infrastructure, bullet-ridden buildings, unrealised grandeur. Politically it is caught between socialism and capitalism. Physically: between the destruction of war and urban regrowth. Culturally: between division and unity. This is a city still coming to terms with its physical and cultural territories yet revelling in the uncertainty of its future. It is no surprise therefore, that the international creative class continue flock to Berlin with dreams of realising its latent possibilities.

This studio shares that dream: to realise what lies dormant, both physically and culturally in the city of Berlin. It will address Berlin’s urban in-betweens, focussing on its squats, riverbanks, communes, rooftops, no-man’s lands and under-crofts as sites for physical, cultural and political appropriation. The studio will develop both formal and informal strategies for housing Berlin’s homeless and transient populations.

The decrepit Tacheles stands as an important symbol of Berlin resistance and anarchic creativity, against creeping gentrification & bohemian co-operative – a rebellious funhouse of alternative counter culture and cool. The developer, Nord Bank, has other intentions – to evict these artists and build a hotel & retail complex. Yet, could both groups exist? To not only live cohesively but in a symbiotic nature that they feed off each other. It is a tug-of-war between commercial interests and social legitimacy. It is a story of our cities and begs the question as to who designs them – the banks or the creative class. Who is in the room next door?

Berlin has a strong history of subterranean buildings, from bunkers and cellars to air raid shelters, tunnels and the train network. Located in Mitte, this underground system of connections aims to exploit pre existing, underutilised spaces. The proposition consists of four core basements, which form the permanent basis of the subterranean network. Acting as an alternate method of traversing the city out of the snow in winter and the heat in summer, the network is able to expand with the acquisition of additional basements, which are then connected via underground tunnels.

These basements are temporarily leased to the system, meaning the system is in a state of constant flux. The system is run by the transient population and is accessible by the public with programs including a pool complex, library, bar, restaurant, gallery, performance space, recreation centre, parkland, retail and artist studios. Residential accommodation has been interspersed within these programs to house the collective and to ensure the spaces are constantly activated. The proposition functions through symbiotic, mutually dependant relationships formed between the individual, the collective (transient population) and the public.

The Mauer Park Extension is a multi-purpose development upon the existing market site stretched beside Mauer Park in Prenzlauer Berg, that then distributes itself through the surrounding city blocks. The new market place infrastructure works in conjunction with 64,000m² of urban farming, running through the sites of a new cultural precinct scattered throughout the area.

The project aims to encourage the longevity of Berlin's thriving transient creative class, by providing permanent facilities for Berlin and its visitors to continue to utilise the city as their creative hub. Particularly intending to maintain the opportunity for people to work and express their work inexpensively as is currently available in the city, whilst also providing an ever-changing array of cultural experiences for the neighbourhood.

The project aims to physically prevent the expected infill of Prenzlauer Bergs voids; an area of Berlin particularly sparse as a result of the Berlin Wall running through it for many years. The urban farm and parallel pathway run where the wall once stood, recognising the significance of the site, however not directly referencing it. Whilst not a traditional memorial, the project intends to both acknowledge the voids as an important part of Berlin's cultural and aesthetic identity and celebrate it.

The creative class descend on Berlin. The project seeks to resolve conflict about the use of public space by creating spaces of negotiation, taking advantage of the unique conditions in Berlin. The project - a network, a system and an architecture of possibilities allow many different user groups, including residents, to find common ground and share urban space fluidly. Occupation of the sites announces a purpose, and their architecture invites ideas.

It is possible that Berlin’s creative capital be mobilised to do two things: Make Berlin the creative centre of Europe, re-awakening the productivity of the Weimar era, and secondly, maximise the use of this capital to positively contribute to the social and urban context of the city.