My Knowledge Space: A New Public Library Prototype for the 21st Century - the New Berlin Library as Prototype
Saturday, 14 May 2011

In collaboration with the Central and Regional Library Berlin 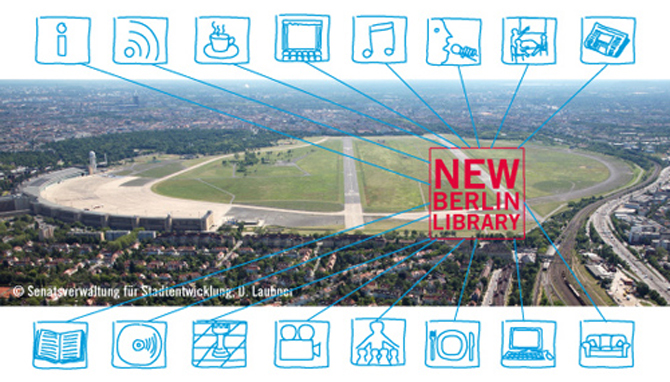 BACKGROUND
The City of Berlin is considering to build the new Berlin Library on the former Tempelhof airport field (now Tempelhofer Freiheit). Before the competition and planning phase kicks off, ANCB in collaboration with the Central and Regional Library Berlin want to explore the roles, tasks and functions of the public library of the 21st century as well as the demands it has to meet. The symposium will address significant aspects in an intensive, transdisciplinary discussion. International experts from the fields of library, architecture, sociology, culture, industry and politics will discuss the following three questions and engage the Berlin public into a debate about this 21st century public library - the city's new Knowledge Space.

How a Library Can Change a City
Dulce Xerach Pérez, Member of Parliament of Canary Islands

PANEL 3: The Role of the Library in the Public Domain of the City
A Place for Cultural Exchange. The Library as Public Domain
Arnold Reijndorp, Professor of Sociology, University of Amsterdam

As part of this discussion on the Berlin Library, ANCB invites the Berlin public's response to a set of architectural design proposals for the new Berlin metropolitan library prepared by students from three architecture schools.