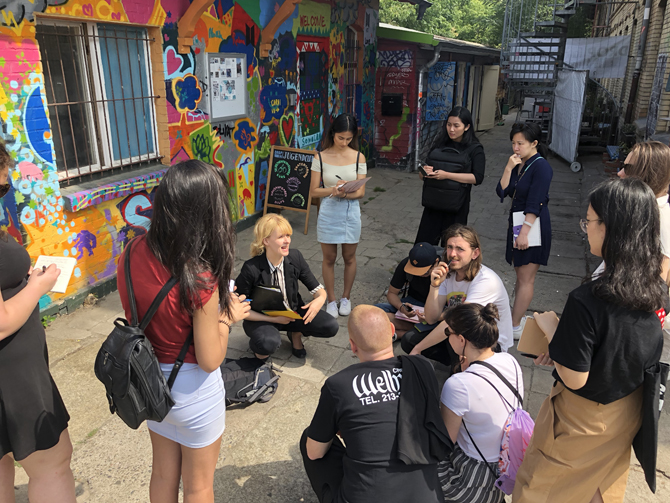 Berlin has undergone several phases of trauma and transformation. Growing out of two world wars, living through three decades of east-west division followed by re-unification, rebuilding and more recent bankruptcy, Berlin is riddled with the scars of its history. Politically shaped by socialism and capitalism; physically, by the destruction of war and urban regrowth; culturally, by division and unity; this is a city still coming to terms with its physical and cultural territories.

The second half of the 20th century saw two moments of significant experimentation in Berlin’s housing program, the 1957 Hansaviertel projects, and the 1987 IBA projects. In both instances, prominent international and German architects attempted to address the political, social and economic concerns of the day. In more recent years, Berlin has become a heartland of Germany’s Baugruppen projects, a model for housing that empowers ordinary citizens to design and finance their own communities.

With its chequered history of cultural exclusion and ideological seclusion, as well as an impressive record of refugee accommodation, Berlin presents a unique case study into the urban consequences of social disunity and cohesion. In this context we ask, how does a city express its hostilities and how, as architects, can we foster cities of inclusion? Students are asked to consider what it means to accommodate those that are marginalised, forbidden or unaccounted for, and to redress cultural hostilities through architecture and urban thinking.