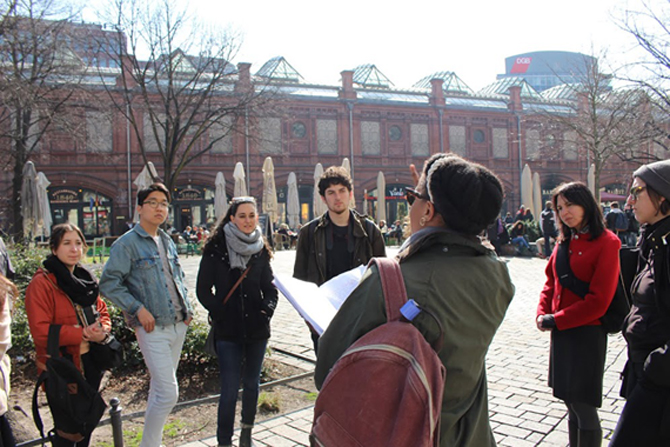 The Music Religion Politics studio focused on 4 key moments: the work and legacy of JS Bach (with an excursion to Leipzig); the career of Felix Mendelssohn in relation to the Bach legacy and to the legacy of the German and Jewish Enlightenment; Richard Wagner, nationalism, and Parsifal (including a performance at the Staatsoper im Schiller Theater); the relation of music in the formation of private and public spheres in the German Democratic Republic.
Course led by Prof. Michael Steinberg

The Berlin: Architecture, Politics and Memory studio dealt with the architecture and urbanism of the German capital and the city’s traditions of commemoration in different phases of its history and under different political regimes. Students researched historic structures and sites from 19th through 21st centuries and  engaged with local Berlin architects, politicians and artists on the city’s relationship to its dramatic past.
Course led by Prof. Dietrich Naumann