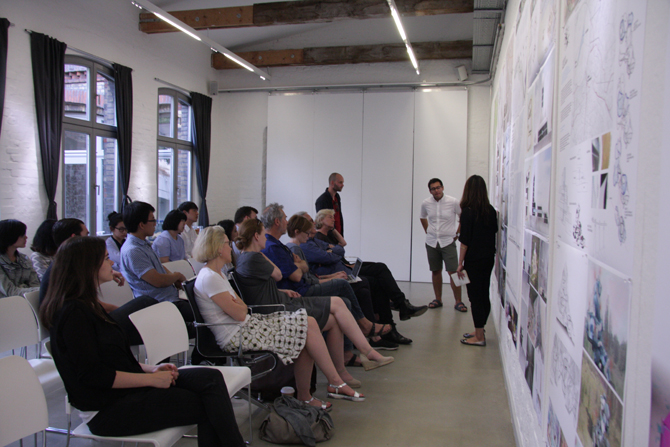 As part of a semester-long studio, Pratt Institute returned to ANCB to study Berlin for the month of July. Temporary urbanism combined with film, media and projection were topics of this year’s studio, which investigated 21st Century scales of place making. Scales of intervention today differ radically from the institution-driven urban design of the past and demand an adaptive architecture to respond to the fluid and amorphous condition of public space that constantly offers temporary public programmes that shift in scale, nature and duration.

The students investigated international, national and certain indie and small-scale festivals and their ability to create a temporary dedicated public and collective space. With its many festivals and the rituals related to these, Berlin has offered alternative types of public engagement in relation to film viewing. Information collected around this observation was used to deconstruct the consumerist and entirely commercial and corporate event structure, and to design new public platforms that can use the typical festival setup to create new inventions of local cultures.