Politics, Public Space and the Arts: Strategies of Knowledge Production
23 - 31 May 2014

In collaboration with  TU Berlin, Technion Haifa and with support from the DAAD 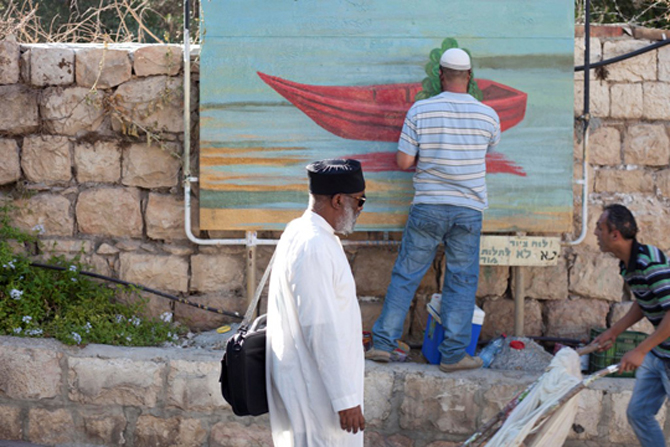 Theory nowadays can no longer be conceived as simply abstract and homogeneous. It has to take into account the general fragmentation of our world. With regards to the city, the task is to find forms of episteme (assured knowledge) that are able to record the temporal and ephemeral nature of public space. As, by definition, knowledge is always fragmented, heterogeneous and pluralistic, the concrete – as opposed to the abstract – is to be discovered within the manifold and ever changing articulations of urban life.

However, contrary to common perception, the city does not at all constitute a special case of knowledge. Instead it can can serve as a raw model for theorising the present. In this regard, the workshop will investigate the public spaces of the city. The approach will centre on critically analysing and devising artistic and architectural strategies for knowledge production and subsequently applying them to the city, with a focus on strategies that explore the public space and do not stop short of intervening.

In preparation, the students have explored artistic strategies of investigation of the city (Guy Debord, Michel de Certeau) and discussed the terms flaneur (Walter Benjamin) and heterotopia (Michel Foucault). Prior to the workshop, the students from Haifa will spend a semester studying the Musrara quarter in Jerusalem, formerly divided by the wall that separated the city between 1948-67. In Berlin a corresponding study will be carried out on sites affected by the division of the city from 1961-89.

During the workshop, the focus will be on analysing two specific urban sites in Berlin (Kreuzberg/Mitte and Wedding/Mitte