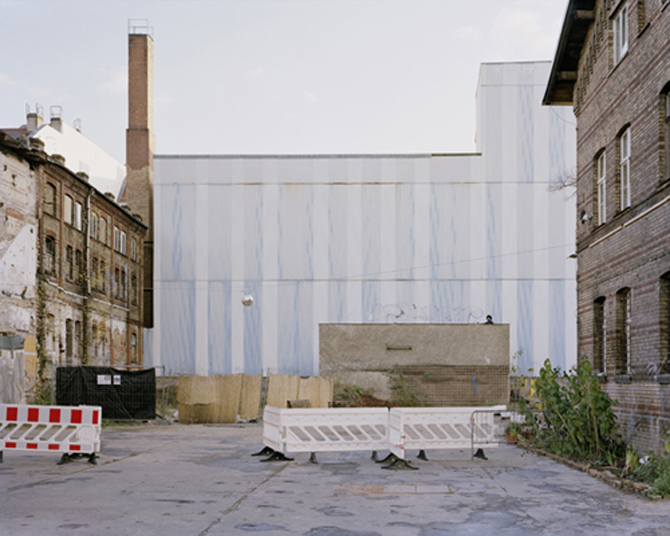 In-Between is a new quarterly exhibition series curated by Lukas Feireiss for ANCB The Aedes Metropolitan Laboratory. The series brings together artistic positions that critically explore spatial discourses in contemporary visual culture – ranging from architecture and installation, to photography and film, painting and illustration. It examines the influential strength of architecture and the built environment on the arts and investigates how built forms are being used and misused, thereby distending and extending space, and potentially offering alternatives to the autonomous presumptions of architecture.

The first part of the series, Incertitudes, is a collaboratively developed exhibition by Berlin-based photographer and publisher Andreas Gehrke with architect and writer Markus Miessen. It revisits various spaces and places within the city of Berlin and follows their evolution over the course of the last decade. Incertitudes can be understood as both a retrospective view and a new perspective on the project Spaces of Uncertainty by Kenny Cupers and Markus Miessen (Berlin, 2002). It acts as a visual and narrative archive of urban uncertainties.